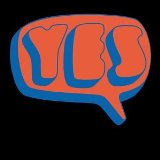 The eponymous debut album by British prog-rockers Yes is considered to be the first progressive rock album. And Yes the band (for their playlist, click here) is considered to be the most venerable and commercially successful prog-rock band. Their debut album was released on October 15, 1969 in the waning days of psychedelic rock, and just ahead of the big splintering of rock music into a multitude of sounds and genres that made the 70s the best decade for rock music. With their next three albums, Yes became a major and defining force on the progressive side of rock music. But the debut LP didn’t fare well, even though it’s a decent collection of early Yes songs. The biggest reason: Yes was released within a few weeks of several notable late-1969 rock albums by the heavy hitters of the time, including Tommy by The Who, Led Zeppelin II, and the Stones’ Let It Bleed. By 1973, that would all change.

By the way, Yes includes two very ambitious and interesting covers of songs by the Beatles (“Every Little Thing”) and the Byrds (“I See You”). To download Yes from iTunes or for a CD from Amazon, click here.

album of the day, Led Zeppelin, Prog-Rock, Progressive-Rock, rock album, The Beatles, The Byrds, The Rolling Stones, The Who, yes

This entry was posted on October 15, 2010, 3:43 pm and is filed under Uncategorized. You can follow any responses to this entry through RSS 2.0. You can leave a response, or trackback from your own site.